The year 1977 would be his official starting date as a “Strutter” and his first talent show was in the 5th grade in San Francisco CA in 1978.

DID YOU KNOW
The city of San Francisco, California USA has a rich history of having a high concentration of dance groups that performed “Strutting-Style” dance routines for both individuals and groups. 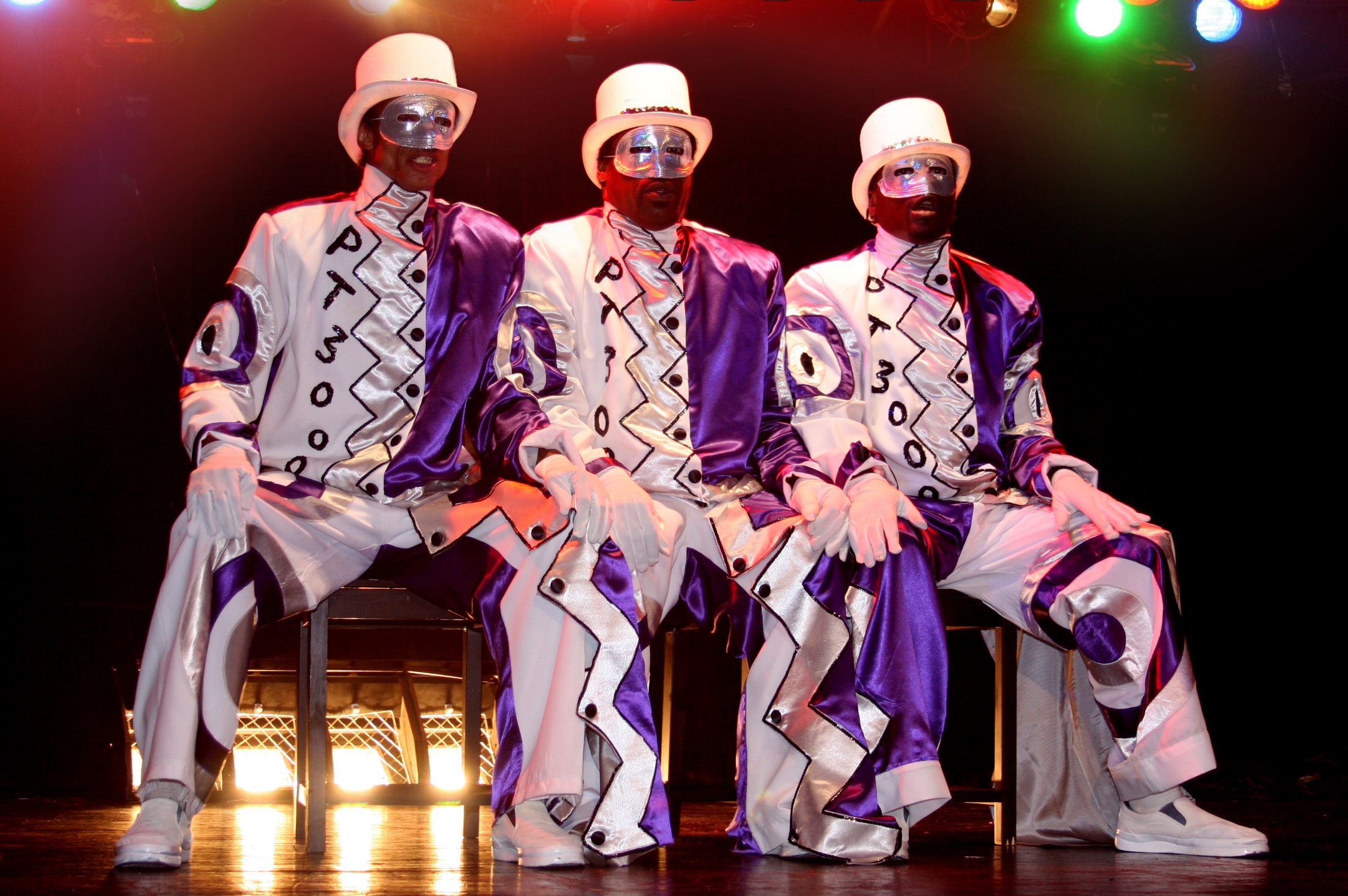 Lonnie “PopTart” Green’s stage experience extends from blazing the stage with Vanity of Prince’s female Soul/Pop music group Vanity 6, to Hip-Hop’s one and only teacher KRS-ONE.

He has experience as a Dancer/Choreographer in over 23 music videos; to name a few: Digital Underground, Rappin 4 Tay, Oaktown 357 and MC Hammer.

Raised in Hunter's Point at the dawn of the Black Power movement in the San Francisco Bay Area, Lonnie Green was born at St. Mary's Hospital in the Fillmore District in 1967 and would become the beneficiary of the Hunter’s Point/Bayview Free Breakfast Program, where he learned firsthand at a young age what it meant to be Black and proud.

It was soon discovered that his upbringing in a family of musicians made him a powerful "mover" to the music of his generation. 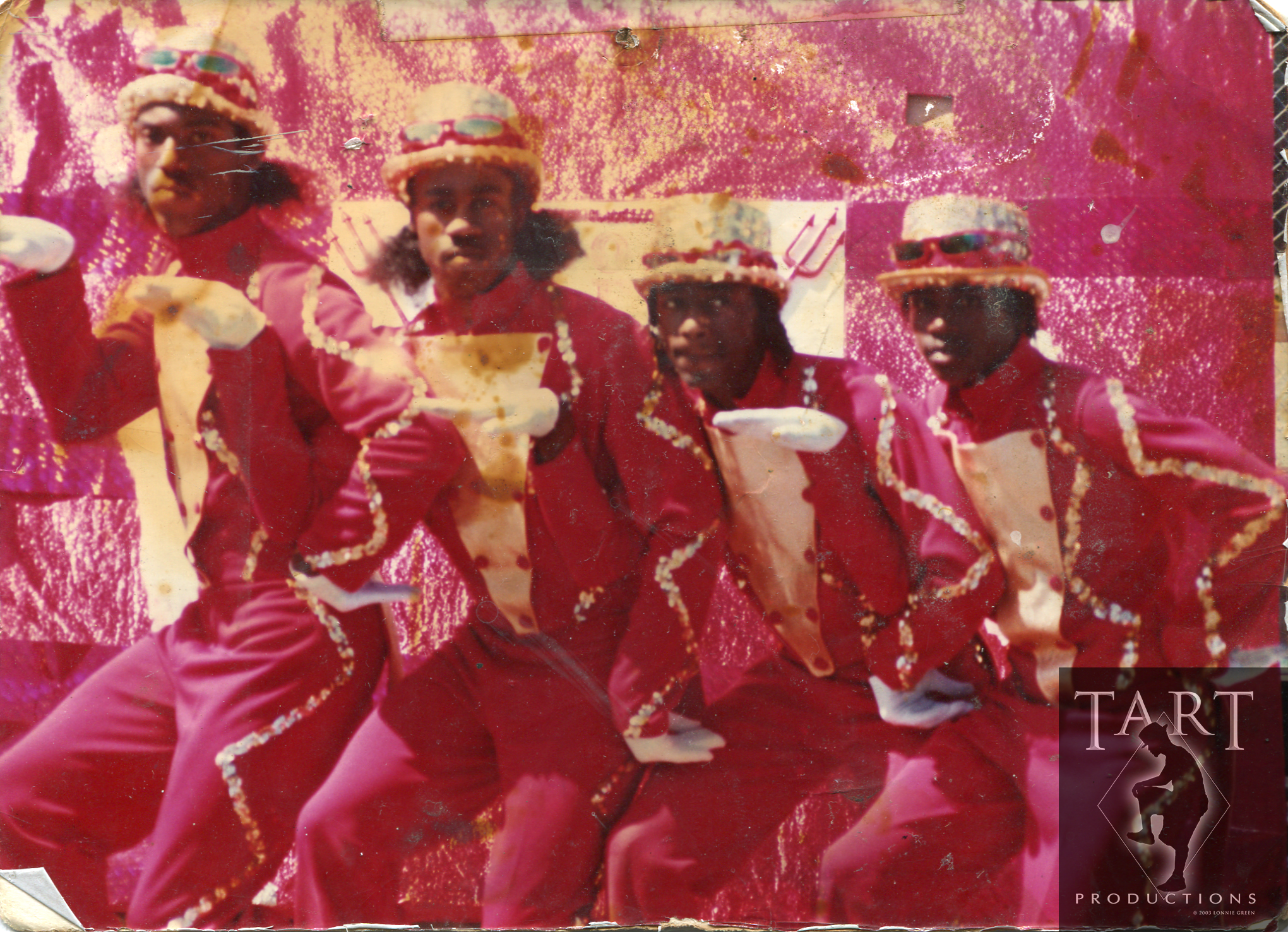 Influenced by the legacies of the civil rights leaders of his time, “Lil Lonnie” grew up with the dream of becoming a social revolutionary himself… however, he would be handicapped with dyslexia, a learning disability that prevented him from being able to read, write or spell.

This forced him to rely on different aspects of language in order to become the influential leader for his people that he envisioned.

In 1978, an eleven year-old Lonnie Green moved back to the Fillmore District, where he was first exposed to the culture of “Fillmore Strutting” by his cousin who went by the name “3D Kid” in a group called Bam Bam & Company.

Strutting is a derivative of the 1960’s Boogaloo style of dance popular in Oakland which combined synchronized fluid & robotic movements and poses in group routines set to funk music.

After experiencing a loss at his first talent show, Lonnie was determined that he would never let that happen again, so when he wasn’t at school he was developing techniques in his bedroom until he could move sharp enough to take on anyone that dared to challenge him.

His attitude and personality gained him notoriety and the streets eventually embraced him after his second dance group, The Magicians, defeated A-list group member Monte of Monte & the Mechanical Midgets and more. 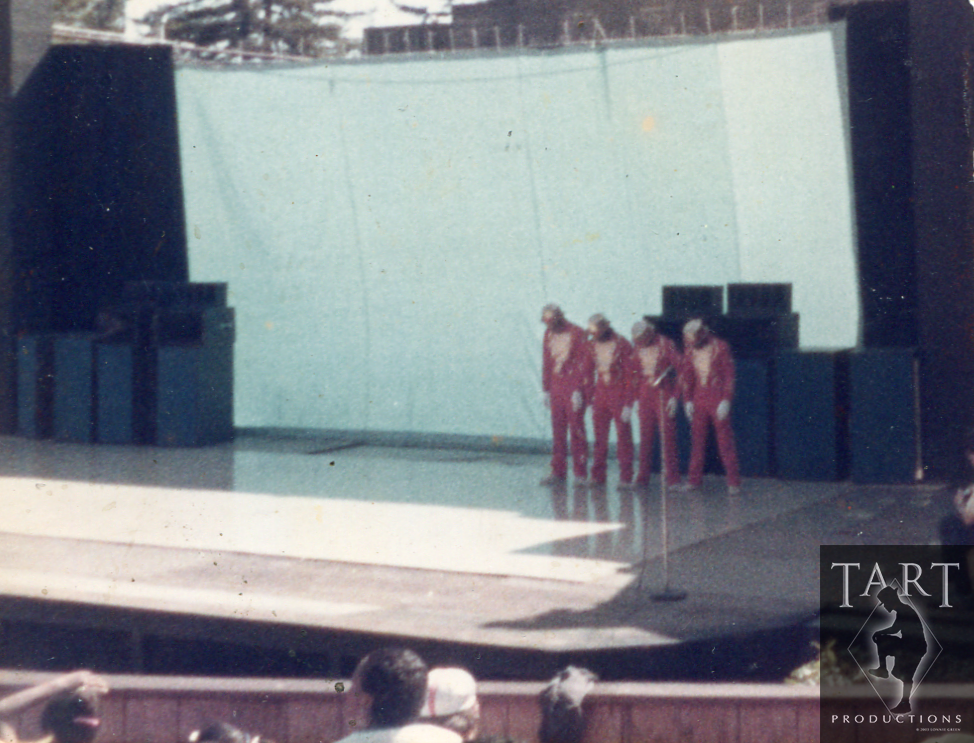 This win caught the eye of Deborah Johnson, founder of Granny & Robotroid, Inc., a Robot, Boogaloo and Strutting group founded in 1975 that won The Gong Show in 1977.

“Granny” took Lonnie under her wing and began to share the closely guarded "stepping" secrets of Granny & Robotroid’s style, which is when Lonnie asked if he could adopt the street name “Fillmore Kid” from one of the most revered shot-callers in the neighborhood.

Deborah told Lonnie that she saw him alone as one to be counted upon to preserve Strutting culture for future generations: a charge he personally took to heart at the early age of 12.

From that point, his career took off and he was trained by members of each of San Francisco’s legendary groups from Live, Inc. and Close Encounters of the Funkiest Kind to Diabolical Soldiers and Demons of the Mind who, along with his own group P-T 3000, would cement his legacy as one of the baddest Strutters the Fillmore District had ever seen.

To this day, Lonnie Green is one of the only SF Strutters to have consistently remained both active and relevant in the world of dance for the last 40 years. 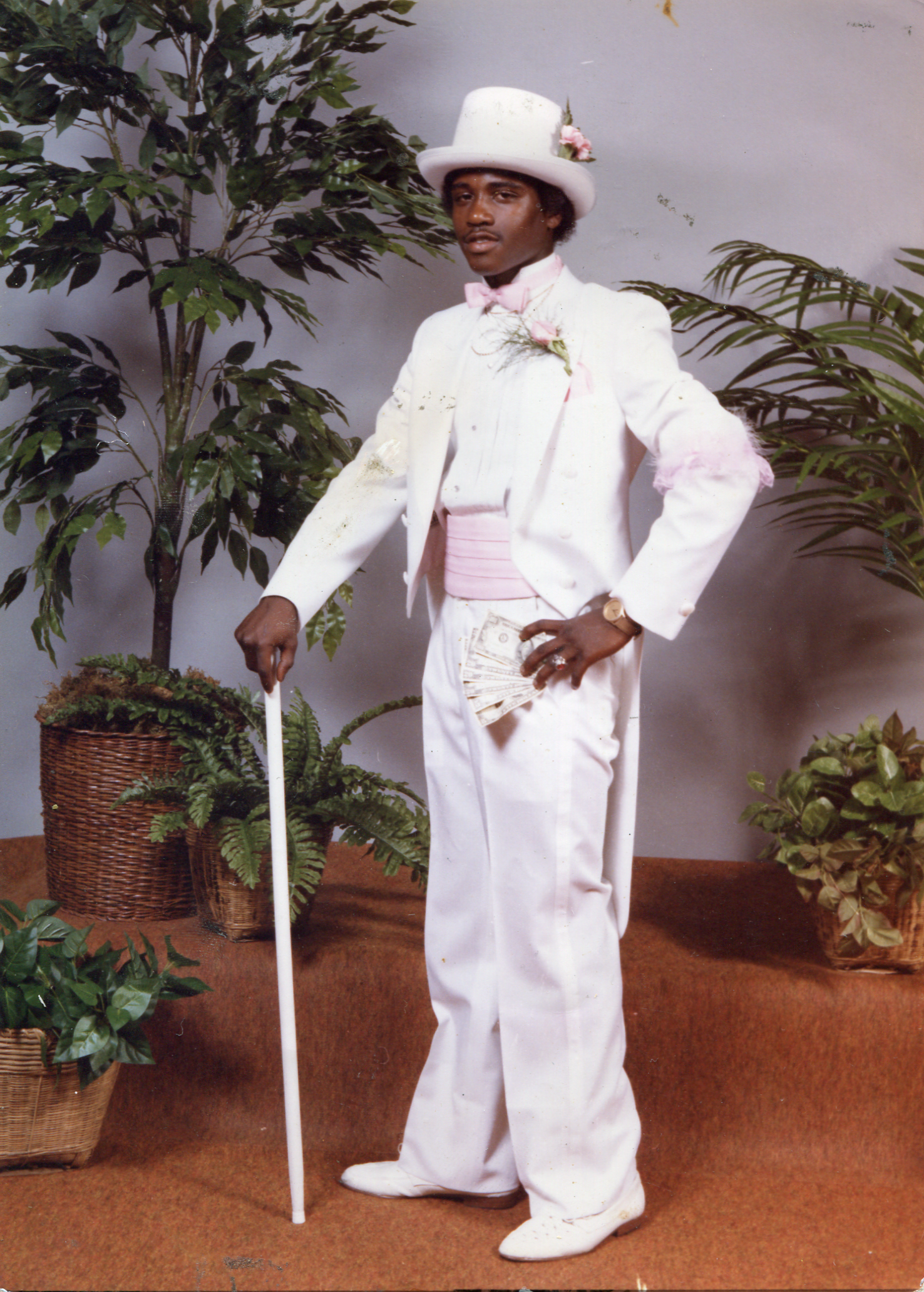 Bio ContinuedTrue to the Game.

When Hip Hop hit the West Coast in the early 1980’s, Lonnie Green evolved into “PopTart”, a professional choreographer and Hip Hop dancer who was also began serving as cultural ambassador for San Francisco when he became the first dancer to leave Fillmore and share Strutting culture internationally, first in Canada and later throughout Europe and Asia.

Lonnie Green successfully adapted to the music industry’s trends and also set the tone for professional dancers in the Hip Hop music industry by keeping his native Strutting roots unchanged from the teachings of his elders.

His work has always been his way of giving back to the city and culture that raised him.

“Hip Hop” has since become a term universally associated with the emergence of urban creative expression in the 1970’s, a narrative that is now studied in colleges and universities around the world.

Most scholars recognize Hip Hop as a New York narrative.

Far-less understood in academia and industry yet equally relevant is the under-written story of the Fillmore, the largest example of failed urban renewal on the West Coast.

Just like the South Bronx, this also created inner-city Black dance cultural expressions that would inform and influence entire generations across the globe. 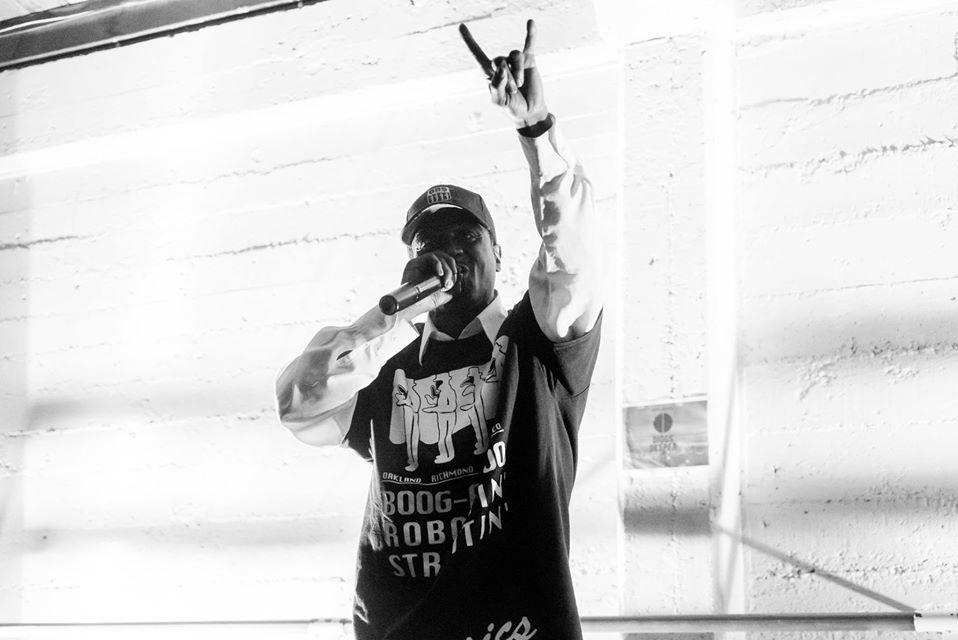 The regional "funk styles" of B-R-S from the San Francisco Bay Area represent the communities that developed on the West Coast years before Hip Hop hit national media.

BRS dancers can be officially traced as far back as 1967 and were entirely left alone by the mainstream media and film industries in the 1980's because of the uncompromising nature of the dance’s strong cultural ties to the Black Power movement of the 1960's.

As films like "Breakin" and "Breakin 2: Electric Boogaloo" took the mainstream by storm, the uninformed public began calling the BRS styles "Hip Hop dance" and its origin story was eclipsed by Hollywood adopting the urban narrative of the South Bronx, which left out the historical facts of the Bay Area's inner-city Black dance culture that had already influenced an entire generation of Hip Hop dancers, poppers, and Pop stars. 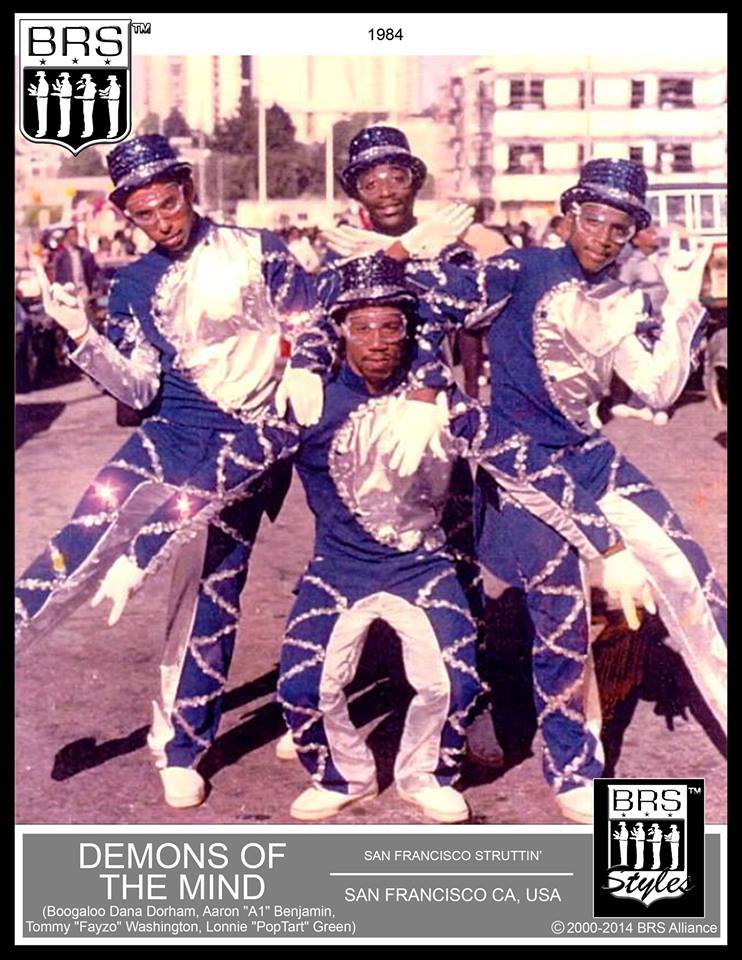 For an entire week leading up to the SF Juneteenth Parade & Festival, one of the Fillmore's most beloved dance icons and public figure, co-founder of BRS Arts Alliance, CEO of Tart Productions and founder of The Strutter's Room, international pioneer and A-list Strutter Lonnie "The Fillmore Kid" Green a.k.a. PopTart, hosts The Annual International Strutter's Room Master Camp for dancers ever year all over the world looking to absorb this information directly from the source - in the very community that pioneered the 1970's style of dance that can only be called one thing: Strutting.